Disney’s recent acquisition of Lucasfilm (and subsequent demolition of Lucas Arts, boo!) has reminded me that they can be just as adept at ramping up the evil as covering their characters in glitter and rainbows. Not all of them started off on the side of Luke and Yoda, but here are five characters the House of Mouse dragged over to the Dark Side.

Andersen’s sea witch is strictly business. Ask her for a spell and she will tell you how it works in frank and toe-curling detail, but also make sure you get the most out of it, albeit painful human legs in exchange for your tongue, or a prince-murdering dagger for your long luxuriant hair. Once body parts have been exchanged she couldn’t be less interested in her customers, and seems happy lounging around on the undead sea bed letting snakes eat from her mouth. I’ll leave you to decide if that’s a euphemism.

Disney’s Ursula, on the other hand, sees every customer as a chance to screw over the mer kingdom that exiled her, and so encouraging the impulsive Ariel to use her services is her meal ticket to taking over the whole ocean. Although she is up front about the pros and cons of her spells, she also sets out to sabotage them, and her contracts include such small print as “satisfaction guaranteed, or get turned into a sea polyp”. Even when she has control over the ocean, Ursula feels the need to grow enormous in size and cause havoc among the waves for no apparent reason other than because she can. Or maybe because she grows to fill the size of her container like a goldfish.

Although Andersen’s sea witch is no angel herself, Disney decided to make her the antagonist rather than be true to the book and show the prince to be a bit of a prick.

Film: Beauty and the Beast

Despite asking Belle if she’ll sleep with him every night, this beast starts off as a reasonable if disadvantaged gentleman, giving Belle’s father delicious meals, a day of bed and board and whole chests of jewels at no extra charge. The one caveat is to avoid stealing his roses, and this is the only point at which he flies into a rage. Belle’s imprisonment in the castle must be entirely her choice, and she must be completely mindful of what she is doing before the Beast allows her to stay. After this point, he leaves her politely to her own devices and only shares meals with her, his only question (other than the above) being whether she is happy and fulfilled. He seems to handle rejection much better than his governess, who turned him into a Beast when he refused to marry her.

Disney’s Beast, conversely, was transformed into a beast for being a selfish and grumpy git, and his condition only makes him worse. Roaring and smashing up furniture are a part of his routine, and he thinks nothing of imprisoning helpless old men and damsels alike. Forget bedroom antics – he hits the roof when Belle simply refuses to have dinner with him, because obviously watching him eat is the way to her heart. 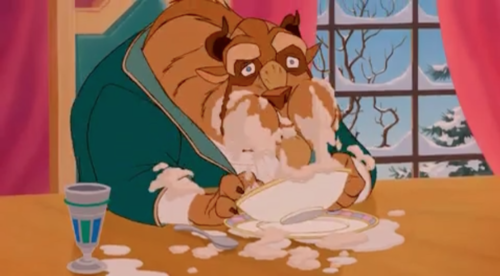 It’s only when Belle cracks and runs away into a pack of waiting wolves that the Beast starts to reassess his behaviour and clean up his act. He then pretty much reverts back to the Villeneuve version, making sure Belle is cared for and sharing meals with her in the castle, but thankfully doesn’t ask her if she wants to see his rose. (She discovers this on her own.)

Disney have made the Beast an antagonist (at least to start with) to labour the point about inner beauty. It’s not just Belle who has to overcome appearances; the Beast must also learn to control his temper and become a good person. 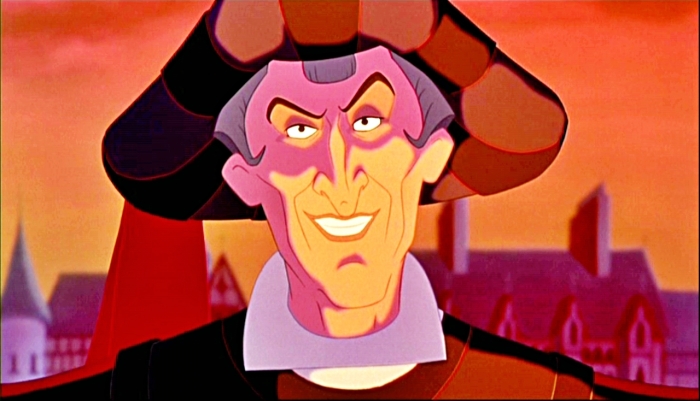 Film: The Hunchback of Notre Dame

Claude Frollo received a slap-o-rama of  bad luck in his early life. Not only did his parents die of the plague, but he was then left to take care of his infant brother, Jehan, all by himself and thereby cut short a promising academic career. He later adopts the infant Quasimodo, but despite his genuine affection, both of his protegés end up a disappointment – one is an alcoholic layabaout, and the other shoves him off the roof of Notre Dame to his death. The reason? Having spent most of his own youth raising other children, Frollo has never had a taste of real passion, and so when Esmeralda comes along, she rocks his world. This is such a shock that it turns him into a manipulative bastard who will stop at nothing to have her, even bribery, voyeurism and attempted murder, or to make sure no one else can have her either. In short, Frollo starts off a sympathetic figure until he lets his own desire and long-held resentment get the better of him.

Disney’s Frollo seems to have always been a racist ass-hat with a huge chip on his shoulder. He thinks nothing of committing murder and torture as he uses his own beliefs to justify these actions, especially towards the immigrant gypsies, and raises Quasimodo out of duty rather than any concern for his welfare, which is admirable since he was the one who kicked his mother to death. This is even before he crosses Esmeralda’s path, and so once she defies him he resorts to burning down half of Paris and potentially burning crowds of innocent people in order to get what he wants – either total annihilation of the gypsy population, or the kind of hot-bed that involves Esmeralda. Ideally both. Fortunately, he ends up falling into in a literal hot-bed of lead.

Hugo’s version is used to show the dangers of obsession, and while this is also true of Disney’s version, it’s more about religious dogma and corrupt officials, and probably seeing what they could get away with in a children’s film.

William Cecil Clayton is the only one of Jane’s admirers that had enough balls to accompany her to darkest Africa. Unbeknownst to him he is Tarzan’s cousin, and since Tarzan and his father were presumed dead, Mr. William Clayton has plenty of money and estates to woo the object of his affection. Upon hearing she’s been kidnapped and lost in the jungle, Clayton thinks nothing of charging into the wilderness to find her, but is rather miffed that Tarzan beat him to it, as well as his impressive musculature. He then proceeds to plant seeds of doubt in Jane’s mind about the ape-man’s loyalty and eating habits, but he needn’t have worried as he has enough societal bling to win the tug of love in the end.

With his booming, well-spoken voice, Clayton sounds like he wandered off a pantomime stage and into the jungle, which would explain why he feels the need to blast anything that moves. On the very thin surface he is  a guide for the Porters, but in reality he wants to capture himself some gorillas and score some good old English dosh. Completely blinded by greed, he lets his shotgun do the talking and even goes so far as to imprison the people he was supposed to protect. He’s not especially intimidated by Tarzan, even when he charges him completely unarmed, and keeps his stiff upper lip even when he’s being unceremoniously hung by jungle vines.

Admittedly I was thinking too hard about this one in my blog post and thought that Clayton was a jab at the original Tarzan character (also officially named Clayton). Really, Disney have just boosted Clayton from a catty love rival to the epitome of the greedy poacher to reinforce the environmental message.

Kaa the rock python is one of Mowgli’s best and most loyal allies, for several reasons. How many other friends would lead you to buried treasure, help an assault on a  mad monkey base and then protect you from ravaging killer bees and wild dogs in one go? Not many, and Kaa is also the only animal that can resist or fight all of the above. Although this could make him Master of the Jungle, he is perfectly happy chilling in a rock pool with his man-cub pal. He does have a hypnotising dance, but this works on everyone except Mowgli and is mainly used to scare away the troublesome monkeys.

Arguably the most considerate carnivore (he puts his victims to sleep first), Kaa is a menace and frequently tries to hypnotise Mowgli, and even tries his hand, or coils, at putting Bagheera and Shere Kahn to sleep too. Despite this advantage, he is a coward who won’t stand up to the tiger, and tries every trick in the book to lure his victims into his grasp, albeit reasoning, his endless coils, or a musical number. He does know when to draw the line though, as after one knotted tail too many he decides Mowgli is too much trouble and would probably give him indigestion.

While the wolves seem to have escaped the “Big Bad Wolf” stereotype, poor old Kaa has been bludgeoned with every western misconception about snakes ever written, which probably explains his complete transformation in the Disney version. Also, a snake is probably a more threatening enemy than a bunch of dogs or bees.

And the moral of the story is that Disney hate the black arts, love rivals, people who change shape and snakes. Oh, and if you happen to have an English accent as well, you can expect to die horribly. 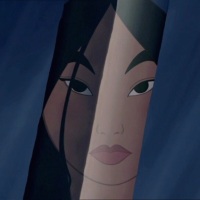 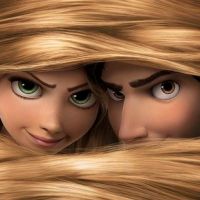